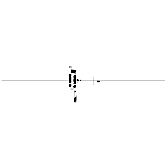 Vykintas Baltakas is a musical Scheherazade. His music keeps pulling you in and referencing itself, sometimes branching off and reinventing itself, and sometimes returning to where it started. He weaves musical stories that are linked with a delicate interconnected web.

The story starts in Vilnius, Lithuania in 1972 where Baltakas was born. In 1993 he moved to Karlsruhe, Germany, where he studied composition with Wolfgang Rihm and conducting with Andreas Weiss. From 1994 to 1997 he also worked with Peter Eötvös at the Music Academy in Karlsruhe and at the Hungarian composer’s International Institute.
Also an accomplished conductor, Baltakas has conducted the Bavarian Radio Symphony Orchestra, Deutsches Symphonie-Orchester Berlin, Rundfunk-Sinfonieorchester Berlin, Ensemble Modern, and Klangforum Wien.

It was his physical move to Germany that accompanied a rebellion or break from his Lithuanian heritage. As in most eastern European countries, folk art and culture are often intertwined into composer’s music and aesthetics. He felt that Lithuanian music was missing impertinence. This physical and aesthetic break mixed with a modernist harmonic language, demanding virtuosity, and a healthy dose of impertinence was the result. In Sinfonia (1996), for chamber ensemble, the germ is a simple melody that becomes a swirl of transformation, a dance whirling the elements around, ready to explode, like seeds from a sun-dried pod. This sardonic composition mocks the glorification of ethno music in Lithuanian music tradition. His new story continued with Pasaka (Fairy Tale) that has the pianist performing and simultaneously narrating the Indian mythological version of the creation of the world. It is a serious story, but his version is full of absurdity and irony. It was performed and awarded a prize in 1996 at the Darmstadt Summer Courses.

His view of musical composition and conducting is one of reciprocity. He says that both as a composer or conductor “you can influence it, suggest ideas, give it direction, make decisions. You give impulses but you also receive impulses back from the music that you then process again and which then reflects back.”

This reciprocity creates a lineage between his works. In 2004 he started this genealogical expansion with a cycle of works. The first was Ouroboros for ensemble. A sonic object from this work germinated the next, a bright scherzo, (co)ro(na) for small ensemble. From Ouroboros, he took the fermata in measure 313 and used that as the sonic object as the seed. The title is a little misleading in that we may mistakenly think of a fermata (or corona) as just a pause, but fermatas are full of energy at multiple levels, almost like watching a hummingbird hovering in the distance – they seem almost motionless but the energy and actual motion beneath that cool surface is tremendous. Such is the case with (co)ro(na), with energetic quivering elegantly levitating the music.

Into this genealogical sound lineage Ri likewise was pollinated from RiRo for soprano and trumpet. Ri has continued and further propagated two additional works, Redditio and Redditio 2. Ri, for the soprano and electronics, focuses on the voice and extends it by electronic means. The utterances are phonetics, the common basis for all languages. They create shadows and echos that vibrate in their own web of universal dialogue.

Another dialogue emerges in Saxordionphonics for accordion, saxophone and orchestra. The interchange bounces between the soloists’ conversation as the orchestra reinforces their wordsor musical motives and gestures and creates a vibrant aural shadow play that changes and shifts just as the sun’s light changes strength and length during the day. The conversation and shadows evaporate enticingly just as another day must pass as we await another tale from Scheherezade.

The seeds from cross pollination continue not only between pieces but also in his creation of new works creating re-interpretations to generate successive stages of a work. Such is the case with the string quartet b(ell tree) written for the Arditti Quartet. The work started out as an electronic piece with the sound object being almglocken. The electronic sounds were then re-interpreted for string quartet.

Composers are continually concerned with psycho-acoustics and attempting to confound the perception of time, and Baltakas acknowledges that you cannot get rid of temporality. However, he does believe that you can try to unravel the linearity of it. And yet again, we go back to a story. This time, Baltakas mentions the influence of Gogol’s Viy, the story of a young man’s attempt to escape from a witch and being continually brought back to her. This idea of not actually getting anywhere is an attempt at unraveling linearity. It is the premise behind Stravinsky’s mosaic form, Stockhausen’s moment form and the seed with which Baltakas started with for his commission for WDR Radio in Cologne while working in Paris and at IRCAM. The subsequent work is Poussla, for orchestra and ensemble, in which he envisioned the music as simultaneous watch mechanisms: the orchestra and ensemble as the larger and smaller mechanisms respectively – with cogs moving back and forth but not going anywhere, much like in Gogol’s story.

His attention to time also deals with prolongation. In his musical theatre work, Cantio, written for the 2004 Munich Biennale, Baltakas uses layers and interconnections to prolong the narrative and music. In this piece, much like Scheherzade weaving her stories, the main character sings a continuous song in an attempt to delay the departing gods. The song progressively becomes longer and longer, and once she realises the gods are leaving forever, her song becomes infinite. 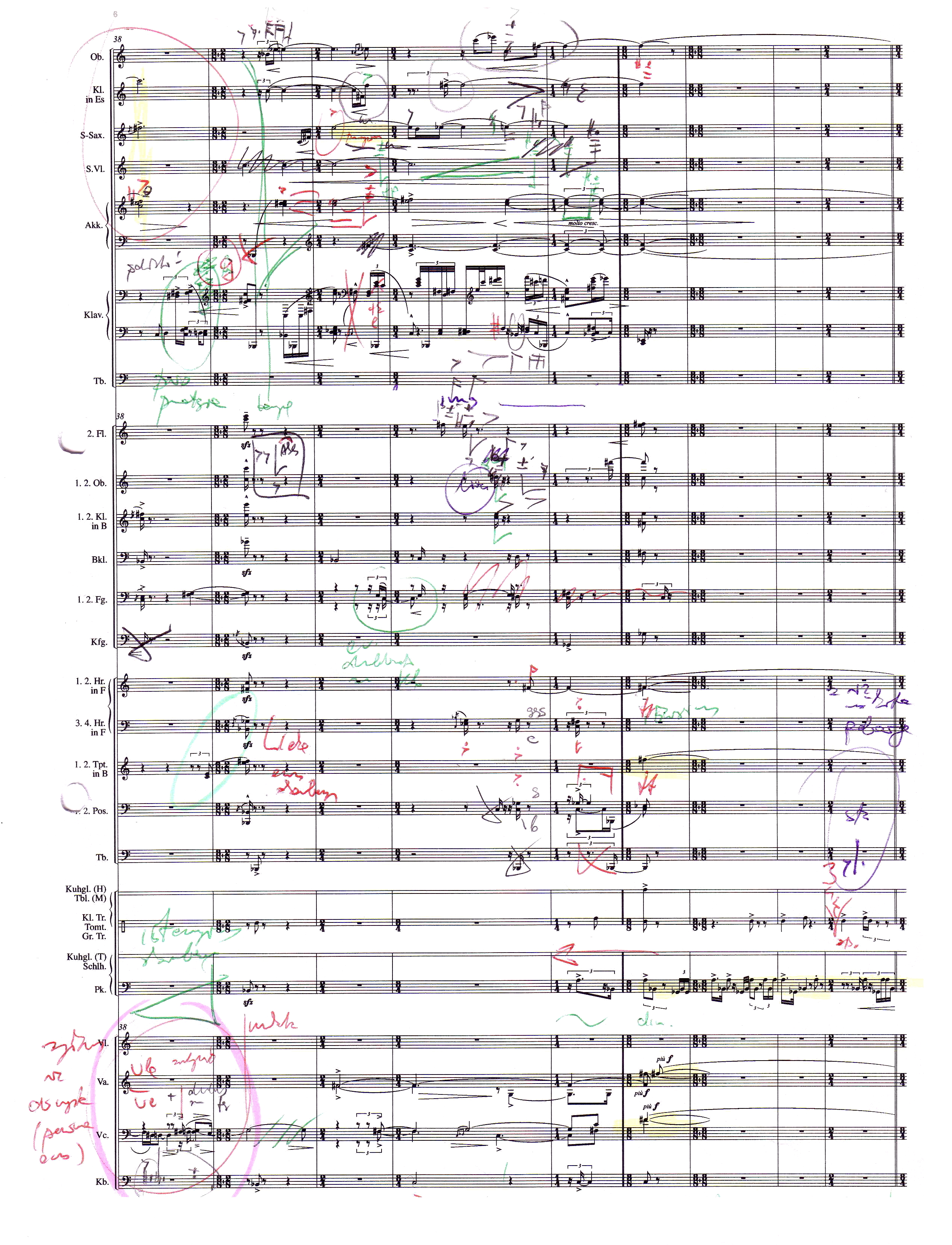 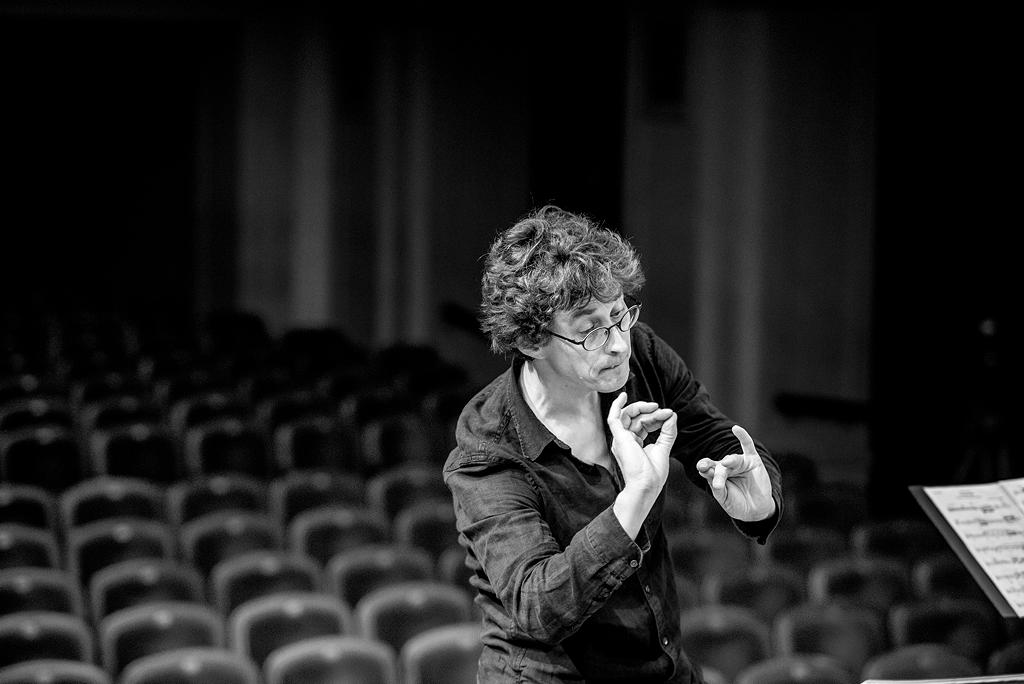 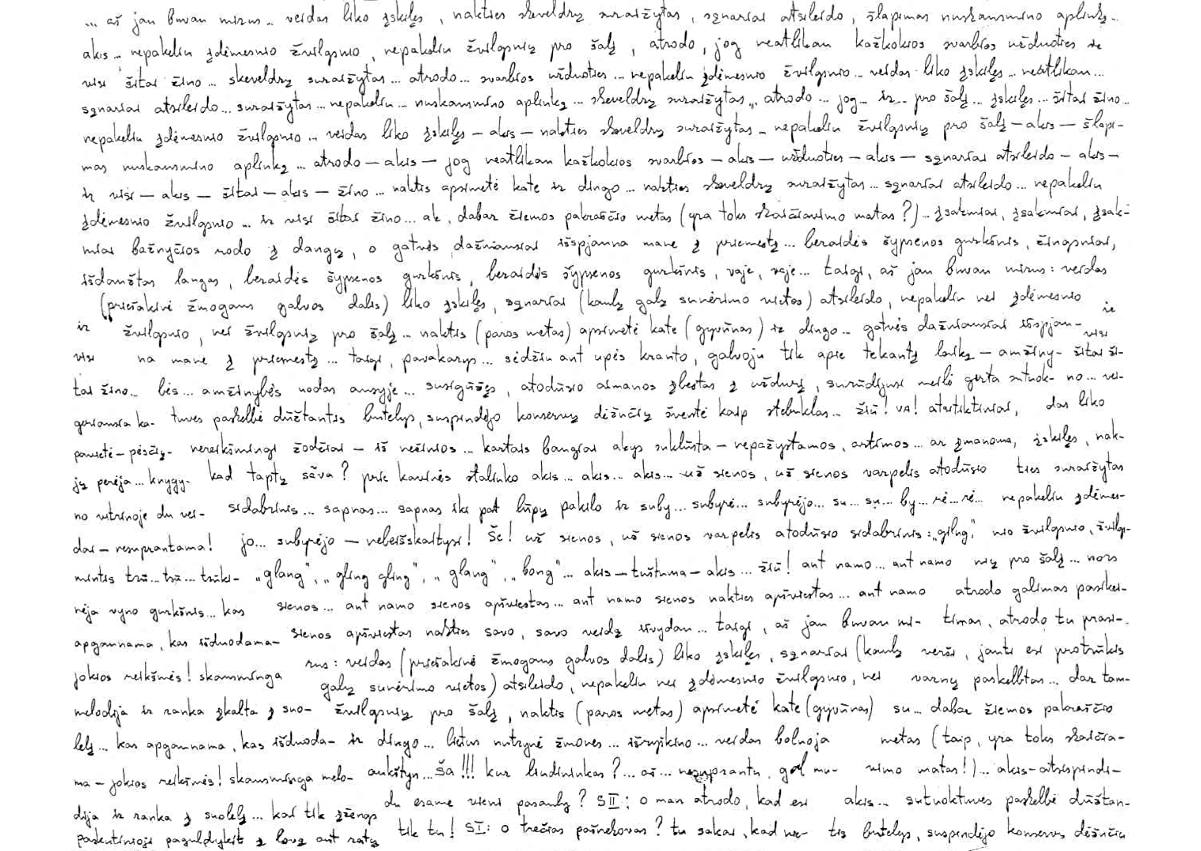 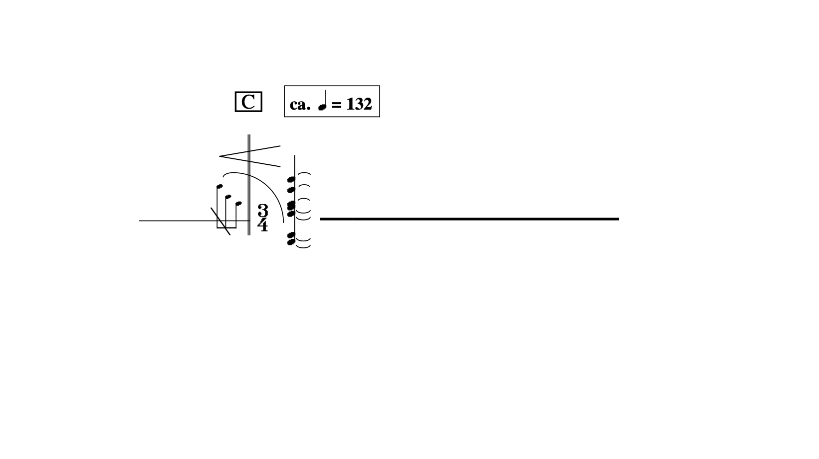 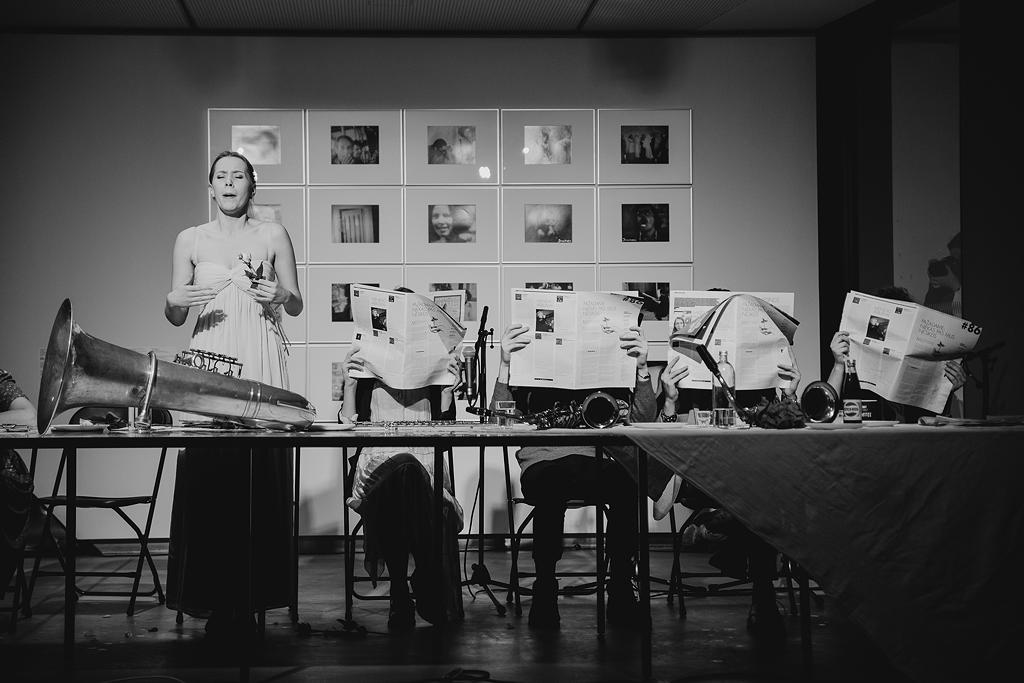 
Vykintas Baltakas currently holds a professorships at the Conservatorium Maastricht (composition class) and at the Lithuanian Academy of Music and Theatre (master program for performance of contemporary music). 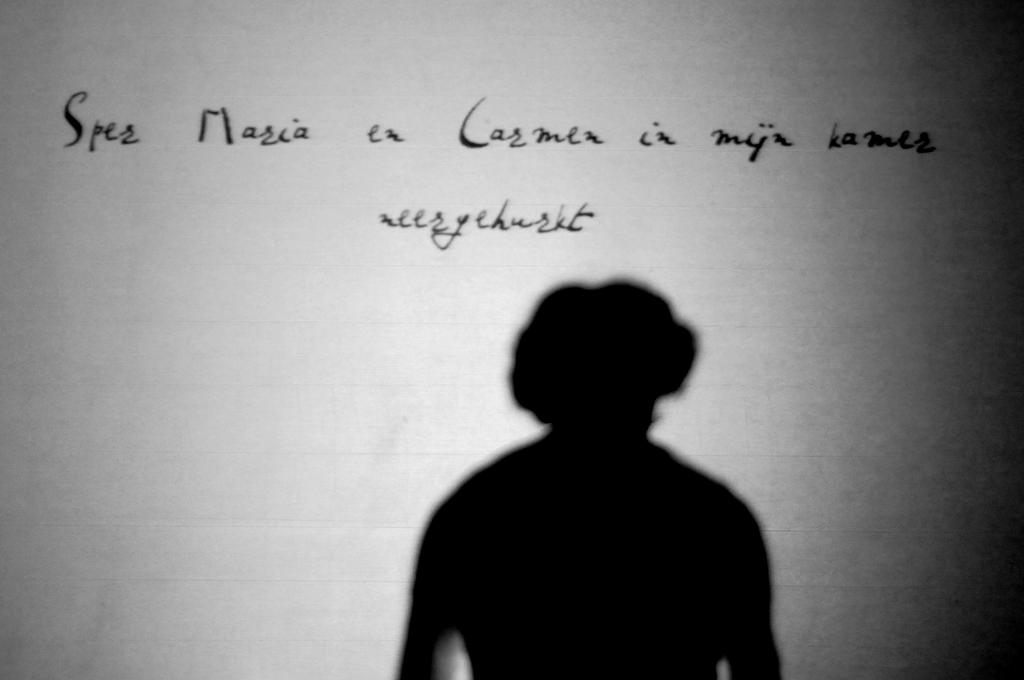 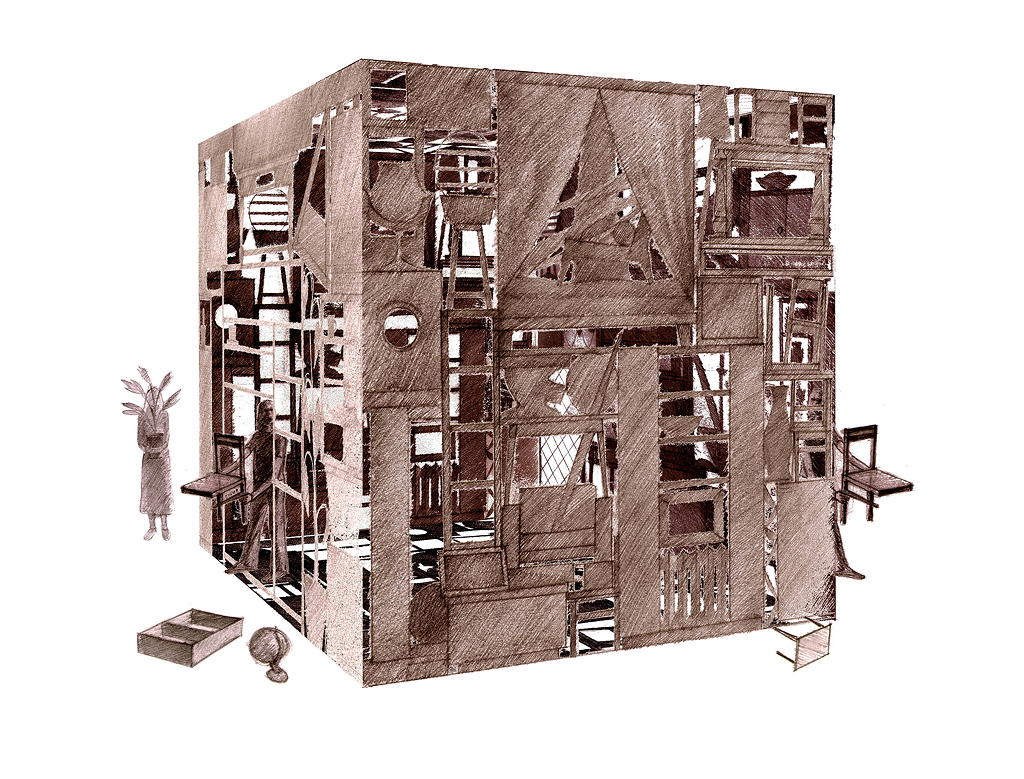 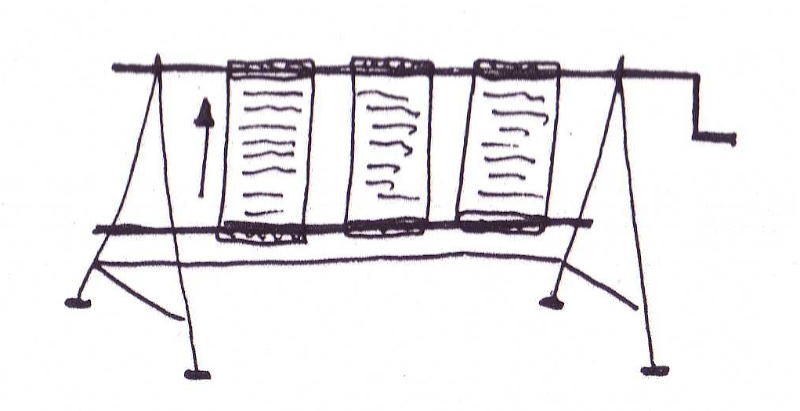 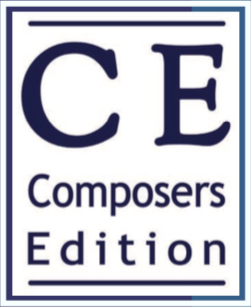